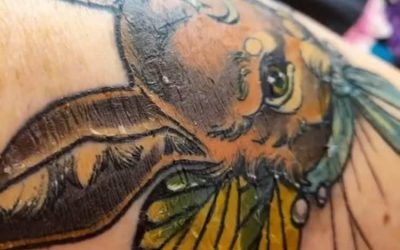 How to take care of your new tattoo: with and without second skin Congratulations on your brand-new tattoo! If you’re new to this (or if it’s been a while) tattoo aftercare can seem like a long and complicated process, but with the right advice and instructions, it... 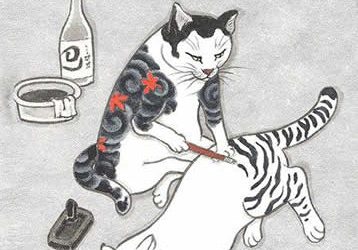 A Hand-poked tattoo is made by pricking the skin with a thin and small needle, firstly dipped in ink or colour. The ink was “inserted” under the skin with a series of rapid injections using needles, fragments of bone or wood shaped into needles were used before the invention of the tattoo machine. The “Stick and Poke” technique was used to tattoo simple and stylized designs. 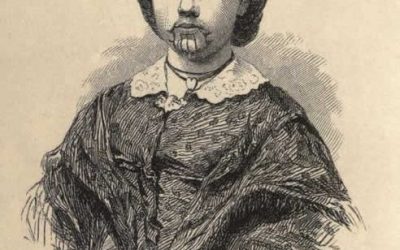 The caravan split and the Oatman family, driven by a strong religious fervor, chose to go even further south, towards the Sonora desert. What happened is not clear, but the family was wiped out. The natives, probably Yavapais, took the two girls to the village, about 70/80 miles from the site of the attack. After about a year of staying with the Yavapais, they were sold to a group of Mohave Indians, who took them to their village, in a location now called Needles (California). 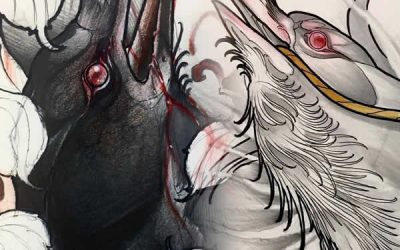 Charming animal and present all over the globe, it is traditionally associated with death, witchcraft and the evil eye. We find it in the literature from La Fontaine to Edgar Allan Poe or even in the bestseller of George R. R. Martin, the Song of Ice and Fire. The crow is a guide animal, a magical intermediary between two worlds. It reflects our personality and brings with it a strong symbolic value. 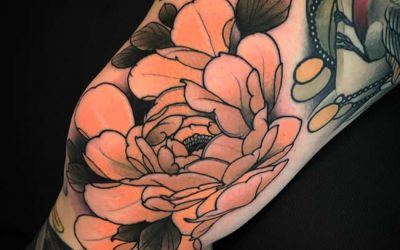 Behind every flower and the Peony Tattoo Meaning in this case, there is a story, because a flower is not just an image but a word transmitted with docility, hidden behind a symbol.
This is the case of the Peony, a beautiful and majestic flower with the reputation of being a “capricious” flower because it is difficult to grow. Native to China, from Asia to Europe, from antiquity to the present day, the peony never ceases to enchant us with the sublime elegance of its flowers. 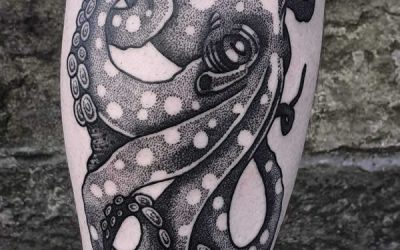 Today we interviewed UK Tattoo Artist: Emma Sam. Emma has a unique style of tattooing, mixing Neo Traditional and Black Work to create an amazing result. Her tattoos are full of textures contrasting with thick bold lines, she can creates epic dinosaurs and reptiles tattoos. She is currently tattooing at NorthSide Tattooz in Newcastle. 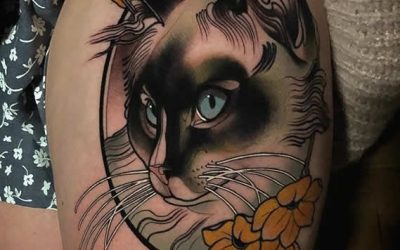 The cat it’s the magical animal par excellence, it has always been surrounded by an aura of mystery. Adored as a goddess in ancient Egypt, than became a symbol of diabolical evil for Christianity, it was rehabilitated by the Enlightenment. The cat is however an animal with mysterious characteristics and those who live with one of them or decide to get a tattoo can experience very special experiences. 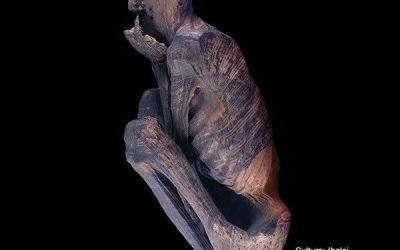 In ancient times, the creation of permanent images on the body covered different functions, both aesthetic and healing. Tattooing is a sacred act with a profound meaning linked to the transformation of the individual and his role within society. It was the outward sign to gain access to something sacred. The tattooists were probably very popular because of their special abilities. 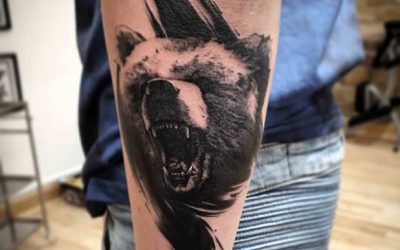 Today we interviewed one of our sponsored Tattoo Artists: Jay Denton. We first met Jason in a Tattoo Studio in the UK over two years ago, hit it off straightaway and been friends ever since. Jason has a unique take on tattooing, mixing surrealism with trash polka to create his dark style. He also specialises in Organic Bio and Bio Mechanical tattoos. He is currently tattooing in the UK Midlands and he is always available for guest spots in England and abroad. 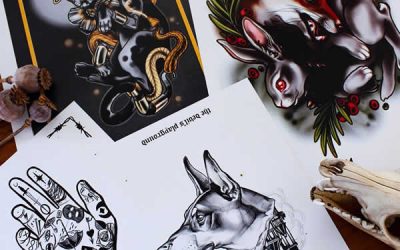 We recently released some new neotraditional tattoo prints in our Online Shop.
All the prints are designed by our artist vokuntattoo but we are planning to add more prints done by other artists in the future.
You can find all the prints under the section Tattoos in the menu bar of our website.
We have a few of our older prints still left in stock. All print have free worldwide shipping! 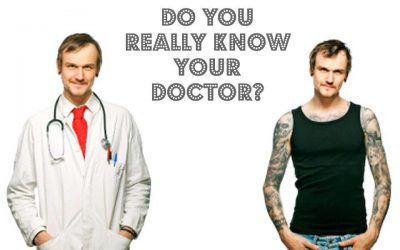 Years go by, fashions change and tattoos still don’t have a good reputation.
The myths about tattoos can be fun or alarming. Some are merely rumours, spread mainly by those people who despise both tattoos and tattooed people, and don’t particularly like tattooists.
Whether it is purely aesthetic, or a reminder of an important moment in one’s life, tattooing is finally freeing itself from the prejudices that have trapped it for decades. 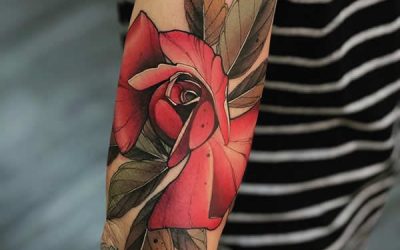 The Rose is a complex and ambivalent symbol, it is both heavenly perfection and earthly passion.
It is among the most known and cultivated flowers since ancient times. The rose as we know it today is the result of the hybridisation of some Chinese roses imported into Europe.
Strange flower, the rose: delicate, fragrant, with velvety petals that hides the thorns that hurt between its glossy leaves.
Because of these characteristics, the rose takes on strongly contrasting meanings: passion and death, glory and resurrection. In other words, eternal life.

KEEP UPDATED WITH US

You have Successfully Subscribed!

Join Waitlist We will inform you when the product arrives in stock. Just leave your valid email address below.